Mudge denies motion to dismiss in dispute over flooded home 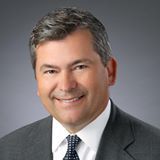 Madison County Circuit Judge William Mudge has denied a contractor’s motion to dismiss a case alleging he sold an Edwardsville home without disclosing flooding problems allegedly present before the sale.

According to the Sept. 16 lawsuit, defendant Bradley P. Wilken agreed to sell a house in the 900 block of University Drive to plaintiff Sara D. Albers on March 2, 2014, for $200,000. Within a couple of weeks after closing, Albers alleges the basement of the house flooded. She also noticed cracks in the basement foundation and sinkholes have developed in the front yard, the suit states.

Albers contends that Wilken knew of the flooding issues prior to the sale and tried to cover up the defects in the basement by covering the cracks with drywall. Because Wilkin is allegedly in the business of buying and flipping houses, he was responsible for the repairs done to the house prior to the sale, Albers argues.

In response, Wilkin filed a motion to dismiss and motion to strike on Oct. 9, arguing that Counts I, II, IV and V should be dismissed from the complaint.

In regards to Count I, Wilkin claimed it should be dismissed because the plaintiff failed to allege that, at the time of the sale of the property, the defendant was aware of the defects mentioned in the complaint. He added that he could not be held liable for defects he was not aware of at the time of sale.

As for Count II, he argued that the plaintiff is attempting to make a claim for Common-Law Fraud, which requires the plaintiff to allege that, at the time of the transaction or representation, the defendant knew of the alleged defect.

Arguing against Count IV, the defendant stated that the plaintiff is attempting to make a claim pursuant to the Consumer Fraud Act, but the transaction alleged in the complaint does not fall under such Act.

Turning to Count V, Wilkin argued that the plaintiff attempted to make a claim “under the theory that there exists an ‘implied warranty’ that any repair work performed would have been ‘done in a good and workmanlike manner.’”

Wilkin argues that in Illinois, any implied warranty that work was done in a workmanlike manner is only applied to transactions involving a builder-vendor with a residential real property purchaser. Because the complaint does not allege that the house was new or that the defendant was the builder-vendor of the property, implied warranty is not appropriate here, he argues.

Wilkin also seeks an order striking a portion of the complaint.

“[T]he plaintiff’s complaint is replete with verbose surplusage and alludes to alleged facts, which would neither be admissible nor bear on stating a cause of action or the facts necessary to support a cause of action,” he stated in his motion.

In her Nov. 21 response, Albers argues that she properly alleged a cause of action under the Consumer Fraud Act.

She explained that in her complaint, she stated that the defendant purchased the house in July 2013 for $115,000 and sold it to plaintiff on April 15, 2014, for $200,000 under a contract. Because he is in the business of buying and flipping houses, that should suffice.

As for Count V, Albers argued the defendant mistakenly asserted that it was a cause of action for breach of warranty or habitability.

However, she clarified that Count V “is a claim against defendant because defendant purchased the property with the intent to repair it and flip it for a profit and he did exactly that. Defendant is a real estate developer, a licensed realtor and in the instance acted as his own contractor with the intent of selling the property in its repaired state. By taking on the role as contractor, he impliedly warranted to plaintiff that the work he performed on the house was done in a reasonably workmanlike manner.”

On Dec. 8, Mudge denied the remaining requests in Wilkin’s motion to dismiss.

Albers seeks to have the purchase contract rescinded. She also seeks $200,000 in damages plus court costs.

Mudge scheduled pre-trial proceedings for July 9 and scheduled a trial by jury to begin on July 13.