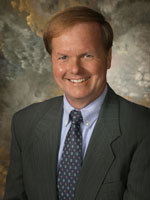 A woman has filed suit against the owners of a home where she was allegedly impaled by a spike as a child.

Tamara Long alleges she was visiting defendant Laeiad T. Hurless at her home at 1013 Rutledge Drive in Belleville on April 5, 2006, when she and her friend, Joanna Hurless, began to climb a stack of railroad ties on the home's patio. At the time, Long was 11.

Because of the incident, Long suffered severe and permanent injuries, was hindered from attending to usual duties and lost the value of her time, the complaint says. She also alleges she experienced great pain and anguish.

Long seeks a judgment of more than $100,000, plus costs and other relief the court deems just. Attorney Stephen J. Maassen, of Hoagland, Fitzgerald and Pranaitis in Alton, will represent Long.