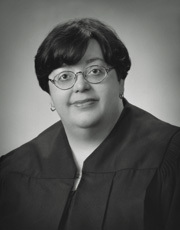 In their suit, plaintiffs asked for declaratory judgment and preliminary and permanent injunction challenging the process followed by the Illinois Department of Natural Resources (IDNR) when it adopted rules for hydraulic fracturing, also known as "fracking."

The landowners argue that the IDNR violated statutory rulemaking procedures under the Hydraulic Fracturing Regulatory Act (HFRA) enacted by the state legislature in 2013. The Act requires the IDNR to adopt rules before permits can be issued.

The defendants say that the rules the plaintiffs intend to suspend in their suit are already effective, and have been since they were filed on Nov. 14. The plaintiffs, on the other hand, believe the rules became effective after publication, an argument the defendants oppose.

The plaintiffs argue that the defendants were required to provide 20 days’ notice of a hearing on the matter, but the defendants counter that there is no such notice requirement.

Regardless, the defendants say the burden to invalidate rules is higher than what plaintiffs argue.

“It is well settled that the courts will not invalidate a legislative act merely because the legislative body fails to follow its own procedural rules,” the defendants state. “The rules at issue here may be invalidated only if they violate some constitutional or statutory provision.”

Plaintiffs have taken issue with the seating capacity in the room where a public hearing was held.

Recognizing that capacity was exceeded, the defendants say that the rules should not be invalidated “merely because, after at least 10 hours of receiving in-person public comment, not all citizens were able to be orally heard, since thousands of written comments were also submitted and accepted.”

Fracking is a process where a high pressure fluid is injected into a wellbore to create cracks in deep rock formations through which natural gas and petroleum will flow.

Want to get notified whenever we write about Governor Pat Quinn ?

Sign-up Next time we write about Governor Pat Quinn, we'll email you a link to the story. You may edit your settings or unsubscribe at any time.