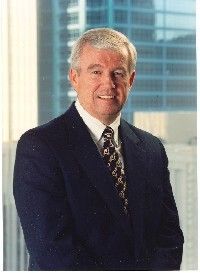 While the trial lawyer lobby is likely cheering over passage of a bill that lifts a 10-year statute of repose for the filing of asbestos litigation, critics say the group wielded its influence to rush an unstudied bill through a lame duck session before a tort reform-minded governor takes office next month.

“Even if there is merit to it, it’s not something that is to be rammed down the taxpayers’ throats in the final weeks” of an administration, said Ed Murnane, president of the Illinois Civil Justice League.

Amendments to SB 2221 passed along party lines just one week after they were introduced during the legislature’s six-day fall veto session that ended on Thursday. It now heads to the desk of outgoing Democratic Gov. Pat Quinn for signature.

Jennifer Hammer, associate vice president and legal counsel of government affairs for the Illinois Chamber of Commerce, spoke out against the bill during a hearing before the Illinois Senate Executive Committee on Wednesday.

She discussed the consequences the bill could have on Madison County, the nation's busiest asbestos court, but was met with negative reaction.

“Senator Don Harmon (committee chair) indicated to me that he didn’t want to hear my testimony on Illinois being a ‘Judicial Hellhole’,” she said.

She said his reaction came despite the fact that she never once mentioned "Hellhole" as she testified.

Madison County has in recent years been labeled as a "Hellhole" by the American Tort Reform Association (ATRA) because of the trial bar's influence and high dollar settlements.

“The term definitely did not come out of my mouth,” she said.

Hammer said that the Illinois Chamber of Commerce believes there is already adequate access in place for claimants who are given a “fair approach” to justice under provisions of the current statute of limitations.

“So we would support reform regarding asbestos litigation, but this bill actually is the opposite of being necessary reform,” she said, calling it a slippery slope away from a longstanding statute.

Hammer pointed out that asbestos litigation has already driven nearly 100 companies into bankruptcy and created an asbestos bankruptcy trust system with between $30 billion and $37 billion reserved for current and future asbestos claimants.

“Some estimates project that the total cost for the future and past asbestos litigation claims could exceed more than $250 billion,” Hammer said.

She added that while there are still some ways around the current statute of limitations set in place through the discovery process– resulting in case filings alleging exposure from the 1950s, 1960s and 1970s – it will still “obviously” increase the number of claims filed.

“This would only exacerbate the problem,” she said.

Matt Fullenbaum, director of legislation for ATRA, said that if signed into law, the Madison County Circuit Court will see its asbestos docket grow from an already oversized docket.

“It’s just going to result in more and more litigation,” he said, “and that’s not the direction we need to go in, especially in Madison County.”

Asbestos defense attorney Lisa LaConte of the Heyl Royster firm said she would not anticipate a significant, noticeable increase in case filings in Madison County if the bill is signed into law.

However, she does expect to see more defendants named in lawsuits that wouldn’t have been sued under the current system, such as architects, engineers and other similar contractors of property with asbestos-containing products.

“Now you give an incentive for people to look to those individuals,” she said.

Looking beyond what effect the bill could have on asbestos litigation, the overall impact is that the bill has the potential to discourage businesses from establishing themselves in Illinois, she said.

LaConte explained that when looking at the big picture, businesses will consider the risks of bringing their trade to Illinois because Illinois has “imposed a very real potential for unending liability.”

“It is going to be, without a doubt, very costly and difficult … to get insurance coverage to protect themselves from liability,” she said.

LaConte also said that the state could see disputes over the constitutionality of the bill if the statute applies to claims that are currently barred under the previous statute of limitations.

“There’s likely to be a very early constitutional challenge to the rule,” she said.

Hammer added that the bill could also be unconstitutional because it has the potential to violate defendants’ due process.

The issue of constitutionality could be brought up in trial courts and may ultimately need to be decided in the state’s upper courts. But that all depends on how the bill is applied in the courtroom.

Murnane said the constitutional question is one that should be considered, but not by a committee when they are in a rush to end the session for the year or by lawyers with "ulterior motives."

To some, what appears to be the most surprising thing about this bill is how it came out of nowhere.

Dubbed the “veto session surprise,” amendments to an unrelated bill were introduced during a lame duck session the day before Thanksgiving.

By Dec. 1, the bill was already set for a hearing at the House Judiciary Committee.

“They are trying to shove this down the throats of not only the legislature, but the people of Illinois,” Murnane said of trial lawyers who pushed for approval.

LaConte also attended the committee hearing and said not enough people were there to testify against the amendments, so the bill proceeded to a vote.

One week after its introduction, the bill passed the full House with concurrence in the Senate.

“There doesn’t appear to be a lot of reasons why it all of the sudden had to be rushed through the lame duck session,” LaConte said.

Other than the next governor will not be as friendly to the trial lawyer lobby.

“There’s finally a realization that you don’t have a rubber-stamp governor in control of the legislatures,” LaConte said.

Murnane said that the fall veto session is intended to deal with any veto handed down from the governor before a new General Assembly session begins in January. Veto session, he said, is not intended to address new legislation.

However, he added that this last-minute approach is "typical" for trial lawyers.

Questioning why the bill sponsors couldn’t wait to consider the bill until next year, Fullenbaum said that if this was sound policy, they would wait.

LaConte agreed, stating that “first and foremost, it is extremely disappointing to see the legislative process be used this way in order to ramrod legislation … through the lame duck session.”