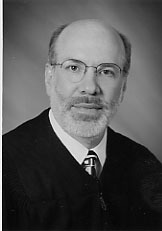 WASHINGTON – American farmers and agricultural businesses claim an American pesticide contaminates corn, and for proof they plead that Chinese communists say so.

Their lawyers filed about 100 suits against Syngenta Seeds of Minnetonka, Minn., after China refused deliveries of corn that contained bug killer Viptera.

The suits depend on a premise that Chinese leaders acted out of necessity to protect people from genetically modified organisms.

Paul Lesko and Brandon Wise, of the Simmons Hanly Conroy firm in East Alton, ardently adopted the Chinese position in a suit they filed in September.

They wrote that Syngenta tested, grew, stored, transported, and sold Viptera corn “without adequate precautions to prevent contamination of the U.S. corn and corn seed supplies.”

“Syngenta has unreasonably interfered with the public’s right to expect compliance with the federal laws governing the growing, storing, transporting, selling, disposing, or otherwise disseminating Viptera corn,” they wrote.

“It is also unreasonable in that is proscribed by law, is of a continuing nature, and has produced a permanent or long lasting effect,” they wrote.

The Judicial Panel on Multi District Litigation will consider consolidating the suits on Dec. 4.

Syngenta owners know how to litigate the issue, because for three years they have pursued a false advertising claim against grain elevators that stopped taking Viptera corn.

Syngenta sued Bunge North America in 2011, at federal court in Sioux City, Iowa, over a sign Bunge posted at elevators.

The sign read, “Please note that Bunge currently is unable to accept delivery of corn/soybeans produced from the following seed products for the 2011/2012 growing season.”

It further read, “Those seed products have not received necessary international approval from major export destinations for the U.S.

“Bunge facilities are integrated into the export market, which is why the terms of Bunge’s purchase contract states that Bunge will not accept grains and oil seeds containing transgenic events not approved for U.S. export markets.”

Attorney Megan Flynn of Des Moines wrote, “Bunge’s policy states that it is unable to accept corn from the Agrisure Viptera seed. This is false.”

“Bunge has made a unilateral, unlawful decision not to accept Agrisure Viptera corn, but it is certainly able to accept such corn,” she wrote.

“Bunge’s policy states that Agrisure Viptera has not received necessary international approval from major export destinations for the U.S. This is false.

“Agrisure Viptera has not obtained approval in China. China, however, is not a major export destination for corn.”

She wrote that Bunge falsely implied that characteristics of Viptera were undesirable to growers, including Syngenta customers and potential customers.

Representatives of Syngenta and Bunge met on Aug. 11, 2011, according to Flynn, and Bunge refused to take down the policy or modify it.

She wrote that on the same date, Progressive Farmer posted a photograph of a Bunge sign and published an article about Bunge’s policy.

The article stated, “Farmers in this area of northeast Missouri are not happy with Syngenta.”

In her false advertising claim under the Lanham Act, Flynn wrote that Bunge disseminated the policy throughout at least 14 states.

Syngenta moved for a preliminary injunction, and District Judge Mark Bennett denied it.

He dismissed all Syngenta’s claims in 2012. He denied standing on the Lanham Act, citing Eighth Circuit precedent that applied the Act only to disputes between competitors.

Eighth Circuit judges hesitated, knowing the U.S. Supreme Court would soon resolve a split among circuits over whether the Act applied only to competitors.

In that case, Static Controls v. Lexmark, a company that refurbished ink cartridges alleged that the printer maker diverted its sales and harmed its reputation.

This March, all nine Supreme Court Justices held that Static Controls could allege false advertising under the Lanham Act.

Justice Anton Scalia wrote that lost sales and damage to reputation were precisely the sort of interests the Lanham Act protects.

"When a defendant harms a plaintiff’s reputation by casting aspersions on its business, the plaintiff’s injury flows directly from the audience’s belief in the disparaging statements," Scalia wrote.

He wrote that a party can sue other parties within a “zone of interests,” and that proximate cause exists if a plaintiff connects commercial injury to conduct the Act prohibits.

Bunge claimed he correctly ruled that its signs didn’t qualify as commercial speech.

Justice Kermit Bye wrote, “Looking past the threshold standing determination to affirm on the basis of the merits of a contested point of law, however, would be assuming hypothetical jurisdiction. We have previously rejected this approach.”

"Accordingly, we find it necessary to remand Syngenta’s Lanham Act claim for the district court to determine in the first instance whether Syngenta has standing to bring the claim under the zone of interest tests and proximate causality requirement," he wrote.

Bunge moved for rehearing, and the Eighth Circuit denied the motion on Sept. 15.

Lesko and Wise wrote that according to the National Grain and Feed Association, China’s rejection of shipments cost the U.S. corn market at least $1 billion if not nearly $3 billion.

“Syngenta’s motivation in prematurely releasing Viptera corn is greed, as, upon information and belief, Viptera corn has become approximately 25 percent of Syngenta’s corn portfolio,” they wrote.

They wrote that for the first time since Trans Coastal started business, it has taken heavy losses from rescission of contracts and increased expenses.

They wrote that Trans Coastal suffered damage to its reputation and loss of goodwill.

They wrote that Syngenta indicated Chinese approval was imminent when it was not.

On Sept. 18, five lawyers filed a class action in Little Rock, Ark., against not only Syngenta Seeds but also its Swiss parent, Syngenta AG.

Clark and Phipps allege, “While many countries approved Viptera, over the course of the next several years some countries, including China, did not.

“To date, China has canceled or rejected orders for more than 131 million bushels of U.S. corn.”

On Oct. 7, Chicago lawyer Adam Levitt petitioned the multi district panel in Washington to consolidate the suits and transfer them to the Northern District of Illinois.

He led a team that sued Syngenta Seeds in the Northern District.

The panel ordered all parties to file responses by Oct. 29.

On Oct. 14, in East St. Louis, Yandle gave the Briggs plaintiffs 17 days to amend the complaint and plead their citizenship rather than their residence.

Also on Oct. 20, the Eighth Circuit reopened Syngenta’s appeal, removed the three sentences about hypothetical jurisdiction, and replaced them with a single sentence.

“Instead of addressing the merits of Bunge’s arguments, we exercise our discretion to remand Syngenta’s Lanham Act claim for the district court to determine in the first instance whether Syngenta has standing to bring the claim under the zone of interests test and proximate causality requirement,” Bye wrote.

On Oct. 24, in East St. Louis, Yandle’s jurisdiction abruptly ended. Reagan removed her from the case and assigned it to District Judge David Herndon.

On Oct. 28, in Pine Bluff, the Hargroves moved to remand their suit to state court.

Almost all the plaintiffs own land in deep in Southern Illinois.

Almost all own farms near Bunge elevators, which the company’s website places at Cairo, Shawneetown, Harrisburg, Grand Tower, and McLeansboro.

On Oct. 29, most plaintiffs joined Levitt in asking the multi district panel to transfer the suits to the Northern District of Illinois.

Syngenta Seeds asked the panel to transfer them to Minnesota.

Attorney John Edwin of Chicago wrote, “Syngenta’s U.S. headquarters are located within the District of Minnesota and many of its witnesses and documents accordingly will be found there.”

He wrote that the cases pertain to a product that was sold nationwide, making Syngenta’s location all the more relevant.

The complaints necessarily implicate discovery concerning why China has not granted approval, he wrote.

Plaintiffs jockeyed to file copycat complaints in the wake of the pending multi district litigation, he wrote.

One attorney filed at least 50 cases on the day before responses to the petition were due, with identical wording and identical typos, he wrote.

Phipps, the attorney behind the typos, recommended transfer to the Southern District of Illinois and specifically asked for Herndon.

He wrote that in choosing an appropriate forum, the panel first considers where the largest number of cases is pending.

Lesko and Wise of the Simmons firm recommended transfer to the Northern, Central, or Southern districts, or the Eastern District of Missouri.

On Oct. 31, in East St. Louis, Phipps fixed the Briggs Brothers complaint by correcting the names of four family businesses and identifying all plaintiffs as citizens of Arkansas