Litigating in Illinois is antithesis of &lsquo;easy,' say asbestos defendants in forum appeal 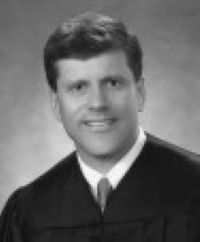 In petitions filed June 23 and July 14, they argue that Madison County Associate Judge Stephen Stobbs’s orders are a “clear abuse of discretion” because the cases brought by out of state claimants have no relevant connection to Illinois.

Stobbs, who has presided over the asbestos docket since last October, denied the motions on May 23 saying defendants failed to sufficiently argue that Illinois is inconvenient for all parties involved in the cases, failed to show that the plaintiffs could have filed their claims against all defendants in another state and specifically failed to state which court in alternate states would have been a more appropriate jurisdiction.

The defendants argue that Stobbs’s order relies primarily on the convenience factor of the forum non conveniens statute.

They add that while some courts use “convenience” interchangeably with “conveniens,” the word actually means “appropriate” in Latin. Therefore, convenience is just one of the many factors forum non conveniens motions should be decided upon.

“As all factors need to be considered, convenience does not control the doctrine’s application; connections do; connections that make it the most appropriate jurisdiction,” the petitions state.

“So while plaintiffs want to focus on convenience, the Movants believe the courts have always required connections with the forum so that the action will be in the most appropriate jurisdiction.”

Private factors include convenience of the parties, ease of access to sources and evidence, availability of subpoenaing unwilling witnesses and all other “practical considerations that make a trial easy, expeditious and inexpensive,” they wrote.

Public interest factors include the administrative difficulties resulting from litigation in congested jurisdictions, unfair jury duty upon residents of a community with no connection to the litigation and the interest in having local controversies decided locally.

“Indeed, litigating in Illinois would be the antithesis of ‘easy, expeditious and inexpensive’ and would gravely impair movants’ ability to defend the case,” the defendants argue.

In regards to private interest factors, the defendants argue that neither Illinois courts nor movants are able to compel witnesses of another state – including any coworker, work site or medical treatment witness – to attend trial as they are beyond the court’s subpoena power.

“Thus, the hardship to the movants in both investigating the facts of this case and in presenting their defenses would be considerable,” they argue.

Also, they say it would be unnecessarily costly to bring any willing witnesses to Madison County to testify.

The defendants further acknowledge the irrationality of requiring a jury composed of Madison County residents to travel to other states to view the premises of the alleged exposure sites if such evidence was needed.

“Because the plaintiffs asserted claims against several defendants based on myriad asbestos-containing products at numerous work sites over decades, site specific investigations are necessary,” the defendants argue.

Additionally, the movants must investigate the claimants’ work sites and residences for possible alternatives to the cause of their lung cancer.

“There is substantial reason to believe that [their] lung cancer was not caused by asbestos, but rather was caused by exposure to cigarette smoke,” they wrote.

Decedent Jack Warden, whose suit was filed in 2012, smoked up to three packs per day from 1958 until 2011, when he was diagnosed with lung cancer.

His suit alleges he was exposed to asbestos-containing products, causing him to develop lung cancer. Warden died from his illness in March 2013.

Seven of the 25 remaining defendants in the suit filed motions to dismiss, arguing Utah was the proper location for the litigation.

Decedent Wilma Munsey-Hunt’s husband smoked three or more packs of cigarettes per day until 2000. As a result, Munsey-Hunt was exposed to second-hand smoke, the defense argues.

Munsey-Hunt's suit was filed in January 2013, alleging she was exposed to the defendants’ asbestos-containing products through her husband, causing her to develop lung cancer. She died from her injuries in May 2013.

Of the 40 remaining defendants in her case, 11 of them filed motions to dismiss, saying a court in Tennessee would be a more proper venue.
Both cases were set for trial on Dec. 1, 2014, but were re-set for the April 6, 2015, trial docket.

Claimant Robert Glenn Murphy smoked one or more packs of Marlboro cigarettes per day from 1961 to 1978.

Murphy served in the U.S. Navy from 1961 to 1965 in various locations, including Illinois, California and Hawaii.

While in the Navy, Murphy served onboard the USS Epperson DD 719 and the USS John S. McCain DLS as a boiler man third class, where he claims he was exposed to asbestos through his duties.

After leaving the Navy, Murphy lived in Alaska where he worked as an insurance adjuster, a postal worker, a firefighter and a school bus driver. However, he contends that all asbestos exposures occurred while serving in the Navy.

Seven of the 24 remaining defendants in his case moved for dismissal, alleging Alaska is the proper location for the litigation.

The defendants say that those with knowledge of the claimants’ smoking habits and exposures are concentrated in their respective states.

As for the public interest factors, the defendants say trying the case in Madison County would be an “injustice” to appropriate Madison County litigants who have to wait longer before earning a spot on a trial docket.

The defendants took into consideration the court's reputation as a crowded docket in arguing the appropriateness of the jurisdiction.

The local asbestos docket rose significantly from 325 new asbestos filings in 2006 to 1,678 new filings in 2013, making the county the “epicenter” of asbestos litigation, according to the American Tort Reform Association.

The defendants also noted the county’s growing concern of forum shopping, especially with the recent influx of lung cancer cases.

The defendants argue that the Napoli, Bern, Ripka & Shkolnik firm, which represents these plaintiffs, is a key player in forum shopping.

The defendants say they are concerned with Napoli’s lung cancer cases because lung cancer is most often caused by smoking and other non-asbestos related causes.

The defendants argue that if all lung cancer patients were to file asbestos lawsuits, the mass filings would threaten to “overwhelm the docket, swamp the court and crowd out court resources that would otherwise be available to actual Madison County residents.”

“The consequences of mass lung cancer filings on asbestos dockets would be staggering...," the appeals state. “Madison County’s asbestos docket is not prepared or equipped to handle a new wave of litigation that could come from the filing of large numbers of lung cancer cases.”

A jurisdiction for all parties

“This result defeats the stated purpose of the forum non conveniens rule, which is to ‘unburden’ the court with litigation that could be more conveniently tried in some other forum,” he wrote.

“Additionally, the defendants’ suggestion that the court dismiss the entire case against all parties, even if they have not joined in the motion to dismiss, is not ‘practical,’ because those defendants who have not filed or joined in the motion cannot be compelled to accept service, waive any available statute of limitations defense or consent to jurisdiction and venue in the proposed alternate forum. This result would not better serve the ends of justice,” he added.

In addition, while it is not necessary for all defendants to join in the motion, those requesting dismissal must present sufficient evidence proving another forum is convenient to all parties, the order explains.

The defendants argue that the circuit court erred in its ruling that a specific court appropriate for all parties must be provided.

They wrote that it cannot be true that forum motions must be denied if some of the defendants refrain from joining requests for dismissal. .

“If that is the rule, then forum non conveniens motions will virtually never be granted in cases – including nearly every asbestos case filed in this state – in which the plaintiff chooses to sue many defendants,” the appeals state.

The defendants state that, at the very least, the circuit court should have dismissed them from their respective cases according to Supreme Court Rule 187 on forum non conveniens cases.

They added that they only way to read Rule 187 as the circuit court did in these cases, “is to assume the Supreme Court never contemplated a forum motion in a multi-defendant case.”

CBS Corporation is represented by the Foley & Mansfield in St. Louis.