Karmeier lawyers begin defense in $7 billion case against State Farm; Response points to campaign contributions made by Clifford to Maag 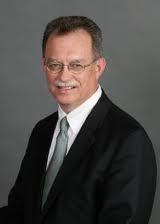 Illinois Supreme Court Justice Lloyd Karmeier, a third party in a $7 billion case against State Farm, has moved to quash subpoenas that Mark Hale of New York, Todd Shadle of Texas, and Carly Morse Vickers of Maryland served on him in April.

“Justice Karmeier is not named as a defendant, but his integrity is attacked and impugned throughout the complaint,” wrote attorney Courtney Cox of St. Louis on May 15 in a memorandum supporting the motion.

Cox is former U.S. Attorney for the Southern District of Illinois.

“It appears plaintiffs filed their complaint without evidence supporting their claim that Justice Karmeier had essentially sold his vote to State Farm in exchange for campaign contributions,” he wrote.

Hale, Shadle and Vickers allege damages from a racketeering conspiracy that overturned a $1 billion judgment in a class action, Avery v. State Farm.

They seek a vast store of documents about the election Karmeier won in 2004 and the Supreme Court’s decision against the Avery class in 2005.

They even seek communications of his wife, Mary Karmeier.

These requests impinge on the First Amendment, Cox wrote.

“The freedom to associate is fiercely protected and is subject to the closest scrutiny,” Cox wrote.

“Yet, plaintiffs ask this court to pierce the private communications of multiple individuals involved in a political campaign for public office based on nothing more than a hunch.”

The subpoenas affect the rights of others including Karmeier’s friends, colleagues, and fellow Supreme Court Justices, and based on representations of plaintiffs to the court, “these subpoenas are just the beginning of what plaintiffs have planned as discovery in this case,” he wrote.

“Essentially they are claiming he was bribed by campaign donations to vote to overturn Avery once elected.”

Cox wrote that they must allege and prove a quid pro quo agreement between Karmeier and State Farm.

“Simply asserting that State Farm funneled a large amount of contributions to the campaign in hopes that Justice Karmeier, if elected, would vote favorably in the Avery case is not sufficient,” he wrote.

Donors who gave millions to Karmeier’s opponent, Gordon Maag, hoped to elect a justice who would generally vote favorably to them once elected, he wrote

For an example he named Robert Clifford, one of the lawyers for the plaintiffs.

“Such legally permissible donations were made with almost equal vigor on both sides of the 2004 Illinois Supreme Court campaign,” he wrote.

To prove a quid pro quo agreement, plaintiffs will have to reach the core of Karmeier’s thought processes, he wrote.

A judge’s thought processes are absolutely privileged, and plaintiffs shouldn’t be permitted to require production of computers, he wrote.

He also tackled a topic not yet on the docket, a deposition of Karmeier.

Plaintiffs so eagerly await a chance to swear and examine him that they asked him for “documents you have reviewed in preparation for this deposition,” he wrote.

“No deposition of Justice Karmeier has yet been noticed or scheduled."

“After the written question process is completed, the court may determine that plaintiffs have obtained the information to which they are entitled and that an oral deposition is therefore unnecessary,” he wrote.

If not, he wrote, Karmeier asks that the court oversee a deposition and limit its scope.

“Plaintiffs should not be permitted to require Justice Karmeier to appear for a deposition without first being required to specify the information they seek from him,” he wrote.

“Deposing a judge is a serious step, particularly when the central issue in the case is the reason for the decisions that judge rendered, the situation here.”

Cox caught another slip in a subpoena, a request for evidence of any joint defense agreement with Karmeier’s co-defendants.

“Justice Karmeier is not a defendant in this case and thus has no co-defendants,” he wrote.