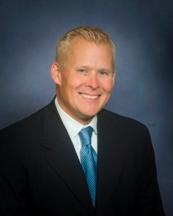 A woman claims her son was struck by a vehicle after a school bus driver gave him the okay to cross the street.

In her complaint, Amy Hanson alleges her son, Benjamin R. Hanson was walking from the Alton Middle School at 2200 College Ave. in Alton on Sept. 27 when he approached a cross walk at the intersection of Jersey Street and College Avenue.

“Benjamin Harrison, in reliance on the wave and instruction of the defendants, Illinois Central School Bus and its agent Michael Roosman, crossed the street in the marked school zone cross walk in front of the school bus and was then struck by the eastbound vehicle driven by Nelson E. Harris…” the suit states.

Because of the collision, Benjamin Harrison suffered severe injuries including a comminuated femur fracture with insertion of hardware and experienced pain and suffering, the complaint says. Amy Hanson also claims her son incurred medical costs, lost his enjoyment of life ad suffered disability.

She also names Roosman as a defendant, saying he negligently failed to exercise proper precaution when observing a child.

Amy Hanson is seeking a judgment of more than $100,000, plus costs and other relief the court deems just. She is being represented by Eric J. Carlson of Byron, Carlson, Petri and Kalb in Edwardsville.