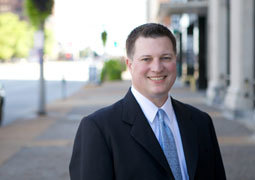 A railroad worker alleges he sustained hip and spinal injuries during his career.

In his complaint, Flynn alleges he worked as a maintenance of way employee for BNSF. Throughout his career, Flynn was required to work on various tools and machines that exposed him to shock, jarring, vibration and awkward postures, according to the complaint.

As a result of his work, Flynn suffered spinal and hip injuries, endured pain and mental anguish and lost wages, the suit states. He also incurred medical costs and experienced an impaired ability to work and enjoy life, the complaint says.

He is being represented by Steven L. Groves of Holland, Groves, Schneller and Stolze in St. Louis.