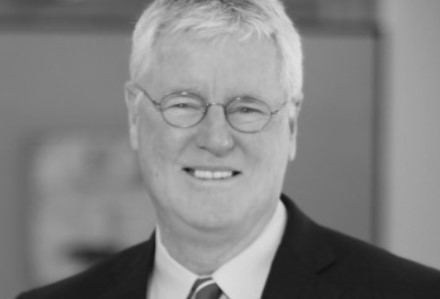 EAST ST. LOUIS – Harley-Davidson has moved to stay a potential class action of the Gori Law Firm over brakes on certain Touring and CVO Touring models, claiming it duplicates actions pending in California, Arizona, and Georgia.

Harley-Davidson counsel Dan Ball of Bryan Cave in St. Louis on March 13 argued that the court should await resolution of the California action.

He wrote that attorneys Jacob Tubbs and Garrett Owens of Birmingham, Ala. – co-counsel to the Gori firm in the Illinois action – represent plaintiffs in all four cases.

Attorneys Megan Arvola and Evan Buxner of the Gori firm filed the Illinois complaint for Kenneth Bouas of Shiloh in December in federal court in East St. Louis.

Tubbs and Owens, lacking admission in the Southern District of Illinois, would later obtain permission to enter appearances.

The complaint alleges that failure of a wiring harness could cause automatic braking systems to fail in Touring and CVO Touring models from 2008 to 2010.

Arvola wrote that the defect would cause the system to cease functioning without warning or any obvious sign to the rider.

“As of the filing of this complaint, Mr. Bouas’s motorcycle is equipped with a defective automatic braking system wiring harness,” Arvola wrote.

She wrote that Bouas bought a 2008 Street Glide from the Frieze dealership in O’Fallon, now Green Mount Road Harley-Davidson.

In 2019, Bouas claims he took his motorcycle for a ride and noticed that his brakes felt unusual. The system light came on when he started the motorcycle and stayed on for the duration of the ride.

“When he next rode the motorcycle, Bouas did not notice any unusual brake performance, and his automatic braking system light did not remain illuminated after the initial systems check following ignition,” Arvola wrote.

“The phenomenon Mr. Bouas experienced is precisely the manner in which the

defect at issue in this case manifests itself.

“There are no other indications that Mr. Bouas’s automatic braking system is damaged or malfunctioning in any way.

“Because it is a technical defect hidden deep within the electrical system, neither Mr. Bouas nor any other class member could have had any way to detect it.”

Arvola wrote that Harley-Davidson knew that if wires broke, they would leave a rider with standard brakes requiring different techniques.

She wrote that a rider could face an emergency, apply the brakes exactly as instructed, and lock the wheels.

Ball answered with motions to dismiss the complaint or stay the proceedings.

In the motion to dismiss, Ball argued that Bouas couldn’t show he is realistically threatened by a repetition of the purported violation.

He wrote that Bouas suffered no damages and received the benefit of a bargain.

“Plaintiff and putative class members have used their motorcycles for many years without incident,” Ball wrote.

In the motion to stay, he wrote that a district court may dismiss or stay a suit when it duplicates a parallel action pending in another federal court.

Last April, eight months before the filing of this suit, Ronald Garcia filed an action in the Northern District of California.

He wrote that a day after Bouas filed the Illinois action, plaintiff Harry Levine filed an action in the Northern District of Arizona.

“The core factual allegations and the relief sought are identical to those in Garcia and Bouas,” he wrote.

He wrote that Alabama lawyers Tubbs and Owens “made identical allegations in a case filed in federal court in Florida, but that case was dismissed.”

A case they initiated in Dougherty County, Georgia, remains pending.

If plaintiffs succeed in obtaining the relief for a nationwide class in California, Bouas would benefit, Ball wrote.

He wrote that if Bouas’s claims aren’t resolved in California, a stay could be lifted and the Illinois litigation could proceed with the benefit of Garcia’s discovery.

The docket places Buxner at the Gori firm in Edwardsville.

The Attorney Registration and Disciplinary Commission places him in Clayton, Mo., and lists him as “of counsel” to the Gori firm.

Want to get notified whenever we write about Bryan Cave LLP ?

Sign-up Next time we write about Bryan Cave LLP, we'll email you a link to the story. You may edit your settings or unsubscribe at any time.