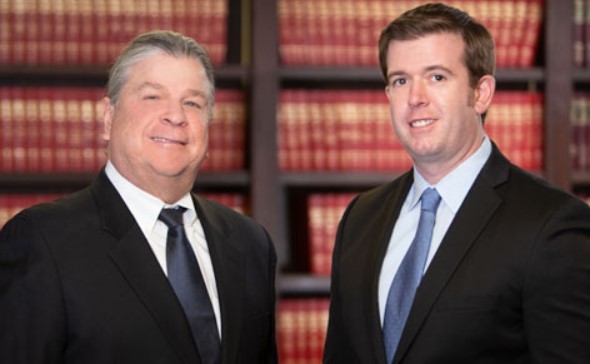 Christopher Cueto of Belleville sued Zinus for them on March 12, claiming fibers exit mattresses when the outer cover is unzipped.

“Given how widely people in our society use zippers, attaching one to an object invites opening that object,” Cueto wrote.

He claimed Zinus could have designed an outer cover without a zipper.

Chandler and Durham also seek damages from Wal-Mart, where they bought the mattress at issue, and from Amazon, EBay, Target, and Wayfair.

According to the complaint, Chandler removed an outer cover and washed it with clothes on Jan. 27.

Cueto wrote that while she washed it, two young sons jumped on the mattress in one of their bedrooms.

According to the complaint, Durham awoke with extremely itchy skin on Jan. 28, and discovered little shards of glass covering his body; the boys screamed and cried, and shards covered them and Amanda.

Cueto wrote that shards were embedded in all parts of the home inside and out.

After some research, the plaintiffs say they discovered the source and moved the mattress outdoors. Durham claims to have had several shards surgically removed from his neck, and that he hasn’t been back to work.

The severity of their injuries is unknown, “because it is likely each family member inhaled significant amounts of glass fibers,” the suit says.

A tag on plaintiffs’ mattress reads in part, “62 % Glass Fibers,” but plaintiffs claim it fails to warn a user not to remove the outer cover and fails to warn that the cover was not washable.

Zinus states on its website that its mattresses were self contained and that removing the cover could jeopardize the system.

Zinus claims, “The mattress cover isn’t washable, and removing it could inhibit the fire safety barrier, so please always leave the cover on.”

The plaintiffs claim they have had to reside at a hotel.

Cueto proposes to certify a consumer fraud class, injury classes for adults and minors, and damage classes for property and real estate property, all of them nationwide.