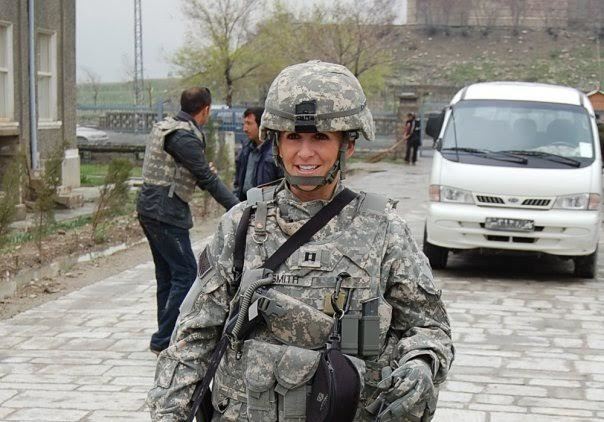 Combat veteran and Circuit Court Judge Sarah Smith was recently promoted to the rank of colonel by the Illinois Army National Guard.

The announcement comes two years after promotion to lieutenant colonel made her the highest-ranking Judge Advocate General officer in the state.

Last year, Smith, who had served as an appointed associate judge since 2015, won election as a circuit judge at the Third Judicial Circuit, that includes Madison and Bond counties.

Smith has nearly 25 years of service in the Illinois Army National Guard. She enlisted in 1995 as a light vehicle mechanic. Smith, 43, commissioned as a JAG officer after graduating from law school.

"I am incredibly thankful for the trust and confidence the senior leaders of the Illinois National Guard have placed in me with this promotion. My military success is not my own," Smith said. "I have been trained and mentored by remarkable military leaders, and I have had the opportunity to be supported by tremendously talented non-commissioned officers. It is truly my honor to continue serving my state and my country with these incredible individuals."

Smith is now the highest-ranking JAG in the Illinois Army National Guard.

On her first mission, Smith mobilized in Louisiana as support after Hurricane Katrina in 2005. In 2007, she deployed to Kosovo and served as chief of administrative law. From 2008 to 2009, Smith shipped out to Afghanistan for Operation Enduring Freedom. While there, she was selected to mentor and train the only woman general in the Afghanistan National Army. For her service in Afghanistan, Smith was awarded the Bronze Star. She's also received the Meritorious Service Medal with one oak leaf cluster, the Kosovo Campaign Medal, the Afghanistan Campaign Medal with two campaign stars and the Joint Meritorious Unit Award.

In 2018, Smith was selected for a seat at the U.S. Army War College. Now in her second year of studies, Smith will graduate with the class of 2020. She earned a bachelor's degree in political science from Millikin University and a master's and juris doctorate from Regent University at Virginia Beach, Va.

"It has given me better perspective," Smith has said in the past, regarding how her background as an enlisted soldier has helped her in her current officer-track judicial career.

Smith is married to Maj. Michael Raschen, a three-time combat veteran. They have three sons.