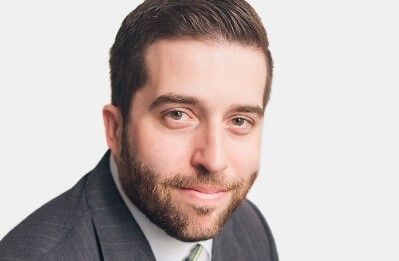 EDWARDSVILLE - A former high school student is suing his one time class mate over claims he was violently thrown on a hardwood basketball court floor, causing a broken collar bone and serious ligament damage to his shoulder.

Austin Gilmore, a senior at Granite City High School last year, also is suing the school district and a physical education teacher, claiming they failed in their duty of care to stop the alleged assault from taking place.

Gilmore, who was under a Section 504 plan that bars discrimination against disabled students, filed the suit in Madison County Circuit Court. The district did not immediately reply to a request for comment from the Record.

The student accuses Granite City Community Unit School District 9 and the PE teacher of "willful and wanton misconduct" for their alleged failure to supervise both the plaintiff and the student accused civilly of common law assault and battery.

The district and teacher should have known the other student was a safety risk as he allegedly had a "history of committing violent acts towards other students."

According to the complaint, the incident that led to the injuries happened on Jan. 29, 2018. Gilmore was a senior at the school at the time.

He claims the other student picked him up in the manner of a wrestling move. The plaintiff was held around the waist and thrown down, which resulting in the broken collar bone and ligament damage.

Under the Section 504 plan, the complaint notes, a student must be granted help within the class room, including with their learning and test taking.

The district and the teacher should have known that the plaintiff was "susceptible to an increased danger or risk of injury if left unsupervised." There was a history of "teasing and bullying" by other students when he was left unsupervised, the complaint states.

The student accused of assault was "recklessly allowed" to be in the gym without supervision, it is claimed.

This failure to supervise by the school and the teacher amounted to "willful and wanton misconduct," the complaint claims.

The plaintiff is seeking more than $50,000 on each of four counts against the defendants.

He is represented by Ryan J. Mahoney of Cates Mahoney law firm in Swansea.

Want to get notified whenever we write about Granite City Community Unit School District 9 ?

Sign-up Next time we write about Granite City Community Unit School District 9, we'll email you a link to the story. You may edit your settings or unsubscribe at any time.