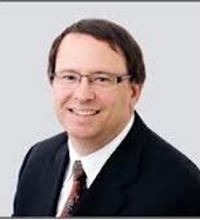 Plaintiff William Hollingsworth claims his wife, Karen, died as a result of second-hand asbestos exposure that was derived mainly from his work on Deere tractor clutches.

Hollingsworth, represented by attorneys with the Napoli firm's Edwardsville office, filed suit in 2012, nearly two years after his wife's mesothelioma death on Nov. 1, 2010.

Deere, represented by attorneys from Schiff Hardin in Chicago, has sought summary judgment claiming that as a matter of law, it did not owe a duty to the plaintiff's wife because she was secondarily exposed to its products that were carried home on her husband's clothes that she laundered.

In its motion to dismiss, Deere argued that the plaintiff had failed to comply with the court's standing order by providing defense with pathology reports in his possession.

"There is a fundamental question about the diagnosis alleged in Plaintiff's complaint and the cause of Mrs. Hollingsworth's death," the motion filed last April states. "Because the only way that Deere may investigate Plaintiff's allegations is an expert review of the pathology, Deere has been substantially and unfairly prejudiced in the defense of this case."

The trial got under way on Thursday, and resumed on Tuesday.