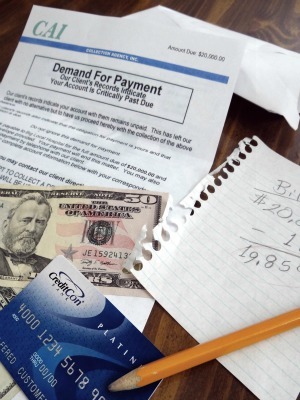 BENTON — An Illinois man is suing a Texas-based debt collector, claiming that his bankruptcy filing should have stayed any attempts to collect for a car loan.

In October 2005, the suit says, the plaintiff obtained a loan from Wells Fargo so he could purchase a vehicle. The loan was subsequently transferred to another company, Santander, the suit alleges. Fernandes later defaulted on the loan, according to the lawsuit.

On Sept. 15, 2014, the plaintiff and his wife, Jodi, filed a joint Chapter 13 bankruptcy petition in U.S. Bankruptcy Court, invoking the automatic stay protections, the lawsuit alleges. However, after Santander was informed about the bankruptcy, the defendant began efforts at collection. The defendant sent the plaintiff a letter demanding payment of more than $15,000 in reference to the car debt, according to the lawsuit.

Furthermore, the suit says, on at least three occasions, the defendant contacted the plaintiff's spouse on her cell phone, demanding payment of the debt. Fernandes was "unduly inconvenienced and harassed" as a result of the attempts to collect the debt, he alleges.

The suit accuses the defendant of violating the Fair Debt Collection Practices Act, and asserts that the bankruptcy filing created an automatic stay that made the debt uncollectable at that time.

The plaintiff seeks a trial by jury, a declaration by the court that the practices of the defendant are unlawful and violate the statute, an award of $1,000 in statutory damages, an award of actual damages in an amount to be determined at trial, and court costs and attorney fees. He is represented by Penelope N. Bach of Sulaiman Law Group Ltd. of Oak Brook.

Want to get notified whenever we write about U.S. District Court for the Southern District of Illinois East St. Louis ?

Sign-up Next time we write about U.S. District Court for the Southern District of Illinois East St. Louis, we'll email you a link to the story. You may edit your settings or unsubscribe at any time.