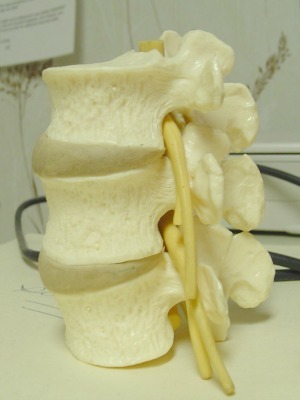 An Illinois man is suing a Highland physical therapy center, alleging an exercise he performed had exacerbated his lumbar disc injury.

According to the complaint, on Feb. 15, 2013, Davis had lumbar disc replacement surgery performed by a physician in Missouri and was released to full work duty effective Sept. 30, 2013. On that day, the suit says, Wessel performed a functional employment test on the plaintiff at Apex's Highland facility. The test was at the request of Davis' employer.

During the test, the lawsuit states, Wessel asked Davis to lift and lower 160-pound half barrels, load them onto a dolly, transport them up ramps and stairs, and then lift them again. None of these activities were authorized by the plaintiff's physician, the suit says.

The complaint says the plaintiff's lower back was injured as a result, and his physician placed permanent restrictions on him.

Davis seeks at least $50,000, plus court costs, attorney fees and any other relief the court deems just. He is represented by attorney Steven W. Selby of Smith, Mendenhall, Selby & Cole in Alton.